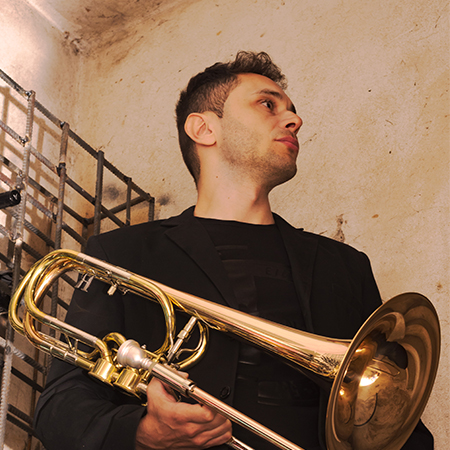 Abel, who was born in Mendoza, Argentina in 1985, started playing bass trombone at the age 14.

At 18 he began his studies at the Conservatory of Music at the University of Cuyo, where obtained his bachelor’s degree.

Abel is currently studying for his Master’s degree in Interpretation of Latin American music of the 20th century.

In 2013 Abel joined “The Philharmonic Orchestra of Mendoza”

Abel also works regularly with the “Symphony Orchestra of the University of Cuyo” both orchestras being important symphonic organizations in the region. He also plays tenor trombone with “The Sparkling Big Band” and a brass quartet which specialises in tango music (Brasstor).

Abel has played with renowned international soloists Valentín Garvie, Anibal Borzone and Christopher Davis, and has participated actively in festivals such as Isla Verde Bronces and Trombonanza.