David Whitehouse goes back to his roots 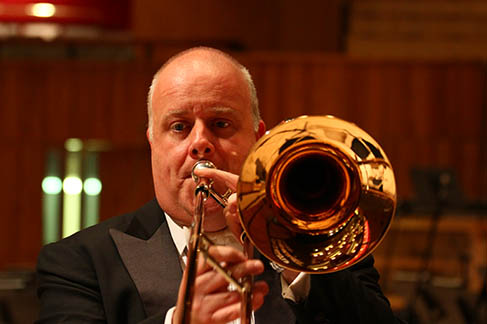 Little did David Whitehouse know he would be one day be sitting in the position that inspired his lifelong love of the trombone.

David, a trombonist for London Philharmonic Orchestra is the latest member of the Team of Artists at Rath Trombones .

David was just eight years old when he went on a family trip to see his first orchestra in Birmingham.

“I was facing the trombone section and there was just something about the instrument that made me want to learn to play it,” he said.

Since then David has been a trombone teacher, played in West End pits, and toured the world with the Philharmonia Orchestra and then the London Philharmonic.

“Playing in one of the best orchestras in the world is like a dream come true”, said David.

I love my R4F; I’ve never had response quite like it before. I only wish I had visited Rath Trombones sooner”, said David.

“From chatting with Mick he got a real sense of what I was looking for and set about putting together my ideal instrument”.

Now David has a replica R4 on order so he is not without it while the other one is on board an instrument truck for an orchestra tour. He couldn’t resist ordering a medium bore at the same time which he uses for lighter opera.