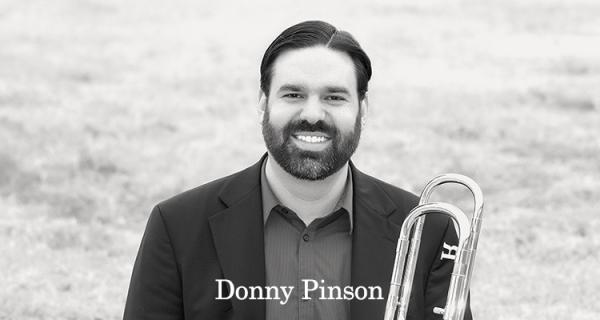 Active as a chamber musician, recitalist, and clinician, Dr. Pinson has been a featured soloist with numerous ensembles in both classical and jazz idioms. He has taken a particular interest in performing the literature for solo trombone and organ, and his first solo recording, a collaboration with organist Damin Spritzer, is to be released in late 2017. He has performed concerts and educational programs throughout the South Texas region with the Del Mar Brass Trio and the Corpus Christi Brass Quintet. He has also performed and lectured at venues such as the International Trombone Festival, the Texas Music Educators Association Convention, the Big XII Trombone Conference, and the Texas Jazz Festival.

In 2009, Dr. Pinson joined the faculty at Del Mar College, where he is currently Associate Professor of Trombone/Low Brass. An active member of the International Trombone Association, he is the Competitions Coordinator for the ITA, responsible for the implementation of fourteen annual competitions with an international pool of applicants and judges. He holds degrees from Texas Christian University, Southern Methodist University, and the University of North Texas, and his mentors have included Vern Kagarice, John Kitzman, Dennis Bubert, Barney McCollum, and Ron Wilkins.​