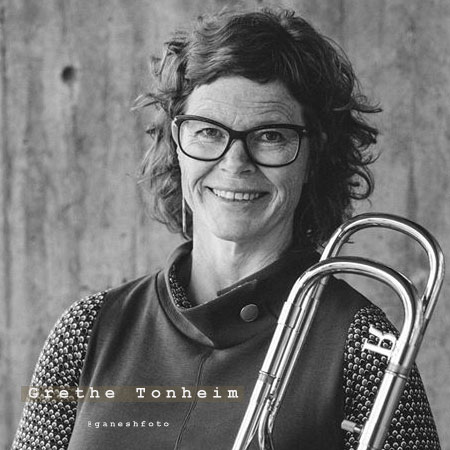 Grethe Tonheim is a Classical trombonist based in Norway and has been working professionally since 1988. Inspired by the Gustav Mahler Jugendorchester conducted by Claudio Abbado where she played from 1989-1991.

Grethe Played with the Gavle Symphony Orchestra, Sweden, and then returned to Norway to pursue a more varied musical career, Playing Orchestral , Windband, Opera, Theatre gigs and of course teaching trombone at Manger Folkehøgskule and Euphonium at The Grieg Academy in Bergen.

After 30 years of playing the trombone, Grethe works with several Norweigan orchestras and military bands including Eikanger-Bjørsvik Band.

Grethe, and the Eikanger-Bjorsvik band commissioned composer Svein-Henrik Giske to write a double trombone concerto “The Sons of Zeus” and this was performed in 2015 with

Grethe visited the Rath factory in January 2017 and collected her new trombone.

“I play so many styles from quartet to symphony orchestra, the R4F set up works really well for me and is simply the best instrument I’ve ever played”