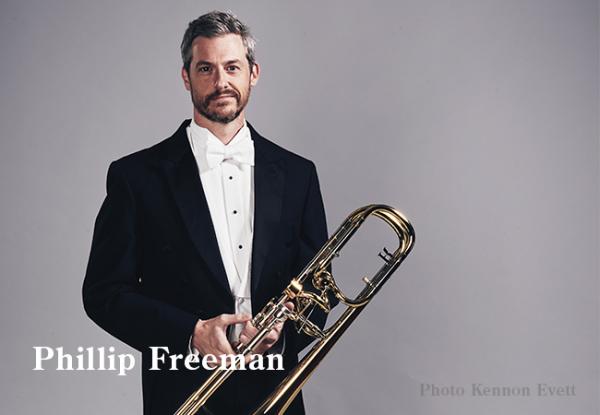 Phillip I FREEMAN began his musical studies on euphonium before switching to bass trombone during his senior year at the University of Houston. After completing a degree in composition he continued his study of trombone at the Manhattan School of Music. He was awarded fellowships to the Tanglewood Music Center and Spoleto Festival USA.