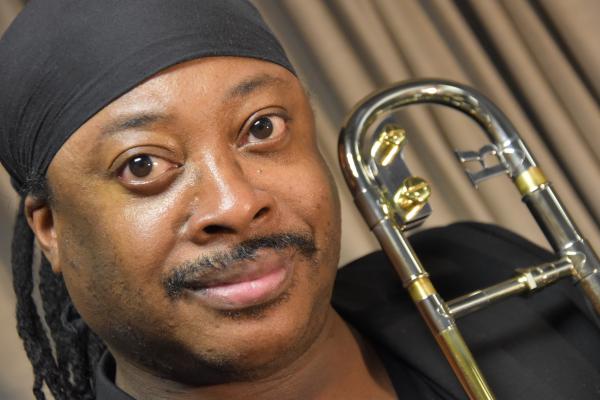 YORKSHIRE lad, Winston Rollins, has dreamt of owning his own Rath since the early days when Mick first started manufacturing the trombones in Honley.

But he was always denied; on one occasion whilst visiting the factory, Winston and his friend, Patrick Hartley, watched the Yorkshire based team make a bespoke trombone, they were so impressed that his friend bought it immediately; from that moment on Winston knew he wanted to play a Michael Rath Trombone.

“We came along to the factory in the early days when Mick was soldering a trombone. My friend saw the process and was so impressed he bought it there and then and I lost out!”

And the trombone maestro who has played with some of the world’s best known soul, jazz and pop bands now has his own bespoke Rath Trombone and this time, he isn’t letting go. Currently lead trombonist with the Jools Holland Rhythm & Blues Orchestra, he has known Mick Rath and the team since Mick was repairing instruments.

“I know the care and attention to detail Mick and the team in Honley put into each one,” he said. “They are such good trombones now that they’re totally bespoke; being fully inter-changeable is brilliant for the professional musician who needs a different trombone for a different situation,” he said after taking delivery of his own Rath. 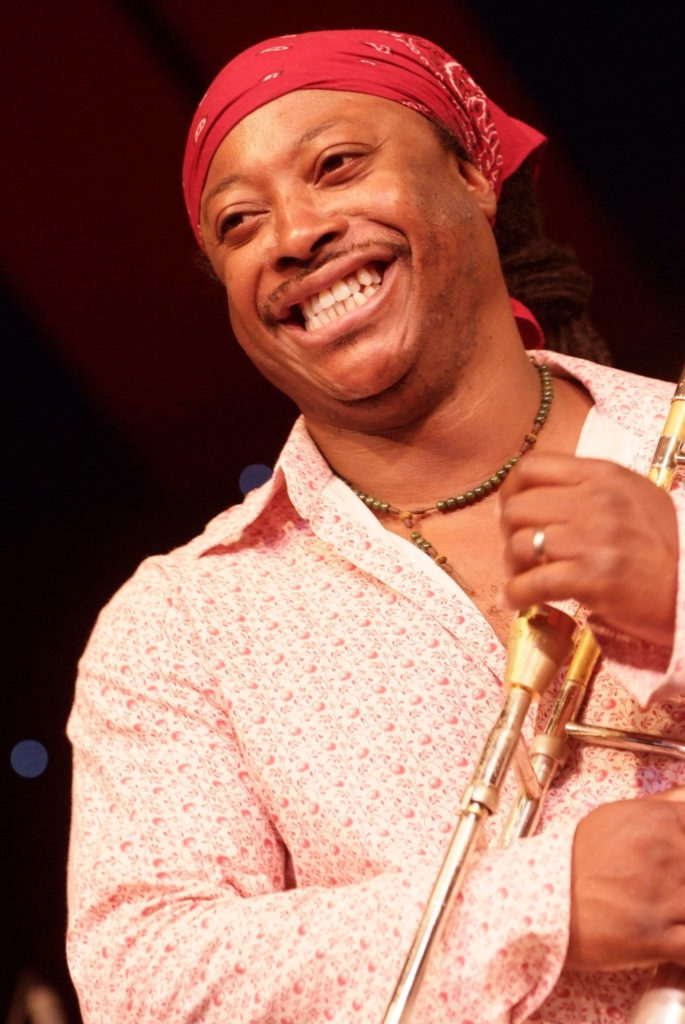 A trombone player since childhood he was first hooked in by a teacher at his Doncaster primary school who caught him fighting in the corridor with his best mate.

“A teacher pulled us apart, banished both myself and my friend to an empty room and told us to fight over something worthwhile, he gave us both a Trombone each!! I started watching the school band and thought they were just amazing and decided to give it a go. That was it, I was hooked.”

Doncaster was unique, due to the fact that it had great musical services, one of them being Doncaster Youth Jazz Association, which didn’t have one band, it had three! “All the other local school bands had just a brass band but we had a concert band, swing and jazz orchestra, which was just brilliant for me.”

After school Winston went on to train at Trinity College of Music, London before launching a career that has seen him work in Aswad, Jamiroquai, Courtney Pine, Brand New Heavies, James Brown, Joss Stone & Paloma Faith but to name a few, not forgetting being a part of the brass section of the Jools Holland Rhythm & Blues Orchestra since 1994.

“The tone and sound you get from your own Rath is like nothing else on earth, having one that is unique to your needs adds another dimension to your playing, whether you are an enthusiastic amateur who relaxes at the end of a mad week, or a professional musician who spends their life gigging and in and out of recording studios.

“The Jools Holland Rhythm & Blues Orchestra is a big operation and we have two tours a year. Between that we record studio albums, play corporate events, record “Later With Jools” for the BBC, record the “Hootenanny” for the BBC, there’s also the radio show for the BBC and we do get to travel occasionally to far off places, such as Japan, Australia, Singapore & New Zealand! I even manage to squeeze in my own projects in the theatre or with other artistes, such as Birdy, who I’ve just done a session for,” he explained.

“That demands reliability, with a Rath Trombone I know I will get that. I never get tired of playing it, the people I work with know it will provide great sound for whatever they are trying to achieve,” he added.

And he’s taking no chances with the rest of Jools Holland’s trombone section.

“This time I brought my fellow trombonists but I made sure Mick had two more instruments lined up so I didn’t miss out again!” he said. “Now both Roger Goslyn and Fayyaz Virji have their own Raths and we really make sweet music.”