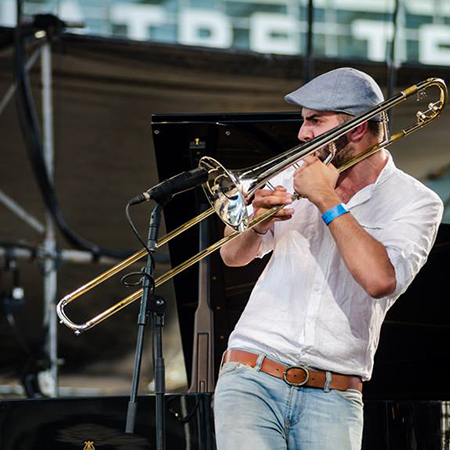 Michael Rath trombones are very proud to announce that Robinson Khoury has joined the Rath team. He visited us recently and chose an R3F which he found it perfect for his jazz ensembles but also for his orchestral work.

Robinson was born into a very musical family with his mother being a singer and his father a jazz pianist. He started playing trombone at age 12 and was accepted into the Regional Conservatoire of Lyon at the age of just 16. In July 2012 he won first his first international prize at the International Trombone Association and in July 2014 won the soloist prize at the La Defensae Jazz Festival.

Robinson is very much at the forefront of the European Jazz scene and we look forward to working with him in the future.