Trevor Mires has been supporting Rath trombones for years! 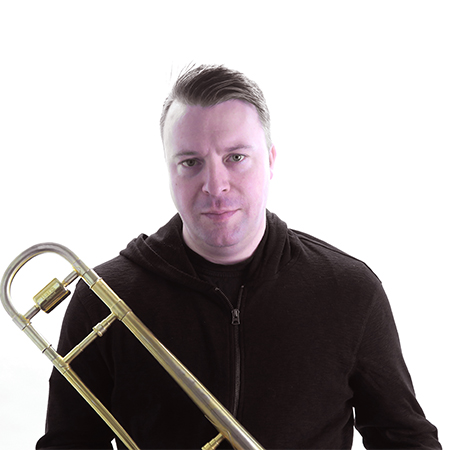 Trevor Mires has been at the forefront of the London music scene for the last fourteen years. His performing credits are wide ranging. He has performed with, among others, George Benson, recorded and toured with multi-instrumentalist James Morrison, toured with Sam Rivers Big Band , Michel Le Grand, and recorded with Pat Metheny, Toots Theilmans and David Sanborn.

Trevor was a member of jazzfunk band Jamiroquai, and Incognito, recording and touring with both for a number of years. Maintaining a healthy balance between commercial and more creative projects, recording in studios for TV and film, Trevor is currently Trombonist/arranger for Sir Tom Jones, and recently toured with Randy Brecker’s European Big Band, as well as recording with Radiohead, and performing with the likes of Alicia Keys, Beyonce, and recording and performing with Mark Ronson.