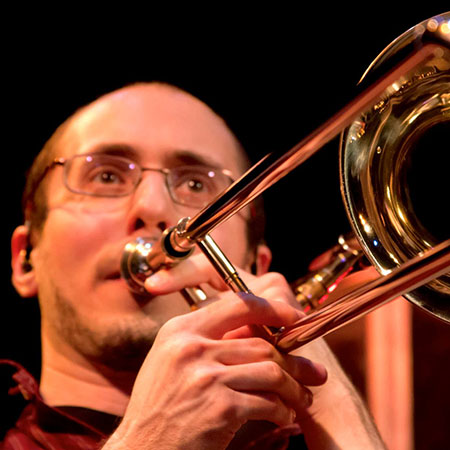 Rath Trombones are very pleased to announce that Tim Shneier has joined the team.

In just a short time on the New York scene, trombonist Tim Shneier has made a name for himself as an exciting and versatile performer. Trained in both classical and improvisational music from an early age, his playing combines precision and attention to detail with spontaneity and flair. These qualities have put him in heavy demand as a sideman, especially in New York’s vibrant large ensemble jazz scene, and led to his recruitment for the touring band of Grammy Award-winning recording artist Michael Bublé.

His work with Bublé has taken Tim all over the world, with performances at venues such as Madison Square Garden, Staples Center and the O2 Arena in London, to name a few. He has also played at Birdland, Carnegie Hall, the Kennedy Center and countless smaller venues around the northeastern U.S. and beyond. Tim has performed with jazz artists such as Dave Douglas, Slide Hampton, Dave Holland and Ingrid Jensen, as well as with the Temptations, the Four Tops and founding drummer of Chicago Danny Seraphine.